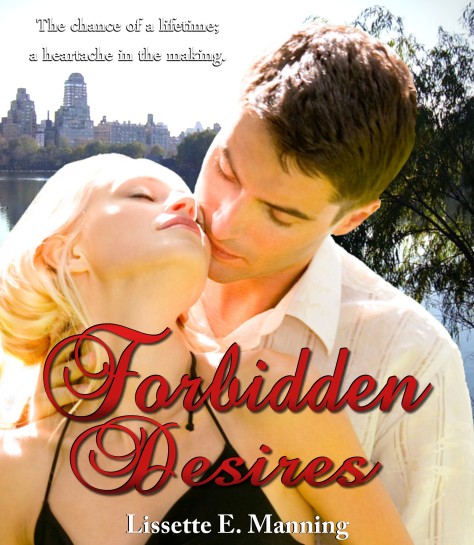 Natalea Williams has always considered herself a bit of plain Jane. She lives the life of a bookworm, and keeps to herself whenever possible. Her way of life suits her just fine, and she won’t have things any other way. Yet when she wins a date with her favorite movie star, a contest her best friend unwittingly signed her up for, her life takes an unexpected turn.

Brody Michaels draws her in like a moth to a flame. He’s beautiful, brilliant, and quite charming. Quiet and reserved, he’s lived his life out of the public’s eye, a feat that has always drawn her attention. While Natalea finds it hard to believe he’s agreed to such a contest, she knows this is her only chance to meet him.

Taking off to New York, she finds herself immersed in a world she could only dream of. Catching Brody’s eye from the moment she decides to get his autograph, she’s immensely flattered by the attention he’s begun to shower her with. She’s more than happy to spend time with him whenever possible, even though she knows it’s something she shouldn’t really do.

When her life starts catching up with her, she’s forced to confront the harsh reality standing right in front of her, and soon realizes that all good things must come to an end. Brody belongs to someone else, and his world is one she’ll never truly be a part of. Her heart, unfortunately, refuses to listen to a word of reason, and pines for the man who’s swept her off her feet from the moment they first met.

(Purchase links are not yet available.)

Natalea Williams scooped up the mail scattered across the floor, and scanned the envelopes with disinterest. She flipped through each one, rolling her eyes as bill after bill from various creditors caught her eye. None of them were worth her time until she came across a thick manila envelope with her name scrawled across its smooth surface in a slanted flowery script.

Dropping the rest of the mail onto the stand, she tore the envelope open, and promptly earned herself a small paper cut. She drew the offended digit between her lips, sucking at her finger as she pulled the letter open, and read the lines penned upon the paper. Her eyes widened with surprise as the letter’s contents sunk in.

“What the heck?” she said aloud, taking a moment to reread the document. “That–That’s not possible!”

Natalea rushed down the hall toward the kitchen. She pulled the cordless phone out of its base, and dialed her best friend’s number. Tapping her foot with impatience, she eyed the letter with confusion. The call finally went through, and the person on the other end picked up.

“What is it now, Nat?” Sheila Wynman inquired.

“Hello to you, too,” Natalea quipped, rolling her eyes at the ceiling.

Sheila popped the gum she was chewing as she spoke into the receiver. “There’s only one reason why you’re callin’ me this early.”

The manila envelope and the accompanying letter fluttered to the floor as Natalea held the phone tightly between her fingers. “You know what this is about?”

Sheila examined her fingernails and nodded, realizing a little too late that Natalea couldn’t see her doing so. “Yes,” she admitted.

Sheila cleared her throat and took a deep breath before replying, “I saw a kiosk in some store down in Soho announcin’ a contest for someone to win a date with THE Brody Michaels. I thought of you and how you’re positively gaga over him. Figured it wouldn’t hurt to sign you up for it.”

Natalea sighed with exasperation. “You’re crazy, you know that?”

Her best friend chuckled with amusement. “So they say. Did you win?”

Sheila’s right arm rose into the air, and she pumped it with excitement. “Hoorah!” Her green eyes were bright with delight. “How long till you gotta meet him?”

Natalea bent down to pick up the letter, and quickly scanned it for what she needed to know. “Two weeks.”

Sheila groaned as she made a mental list of what she needed to do in order to get her best friend ready for the event. “That’s not enough time, but I suppose we can make do.”

“Make do with what?”

“In gettin’ you ready. You do want to make a good impression, don’t you?”

“But nothin’, Nat. By the time I’m done with you, Brody Michaels won’t know what hit him.”

Lissette E. Manning is an author from Connecticut. She has been writing since she was six-years-old, and spends most of her time trying to place her thoughts in order and giving life to the stories that are always brewing inside her head.

She enjoys reading books, listening to music, playing the occasional video game, watching movies, and spending time with friends and family. She’s also a bit of a computer geek.

Her writing genres of choice are Science-Fiction/Fantasy, Romance, Paranormal, Short Stories, as well as Poetry. She’s currently working on several projects she hopes to be released soon enough.

On my bookcases you will see primarily the authors of Stephen King, Agatha Christie, James Patterson, Greg Iles and Bentley Little. I have 95 percent of their works. The ones I don’t have are either out of print or I need to get. I been on the look out for a “new” author to dive into and enjoy. Over the last year or two a number of names have been read but the books did not encourage me to buy more of their writings.

Being in one of my favorite spots in town, a used book store, I came across “The Stolen” by Jason Pinter. The back cover intrigued me so I sat down on the floor and began to read. I was so engaged in the book that time passed me by fast. My husband strolled by to say, “Whenever you are ready let me know.” I was already on chapter 5 of the book. Mr. Pinter had me hooked from the first page and I could not put it down.

The first book was “The Mark” and I read it happily and as engaged in it as I was with his third. I can’t stop talking about this author to other people. He has received a new fan in me. I have found my “new” author to fill my shelves. The joy of finding someone who is already established is they have a few books out there for me to inhale and enjoy.

I have a new person to read now. I just need to make space in my library for him for I believe he and I will have a long and happy relationship together.

Who does not like getting noticed? Heck I do so long it is all good. This one is. My new buddy Edward http://read-write-listen.blogspot.com/ has nominated me for the Versatile Blogger award. I know I know some people will poo poo these away. THAT IS NOT ME! I love them for not only is it awfully sweet for people to put my name up there from the huge group of people they know but it brings my brand out there so Edward thank you again.

I need to mention seven random things about me and then nominate 15 people. These rules are not set in stone so will do seven and seven.

1-I just learned how to knit slippers

2-I love looking up at the sky

4- As much as ereaders are the latest thing, give me a good book in my hand.

6-I love to dance even if it is not well.

Seven people to check out