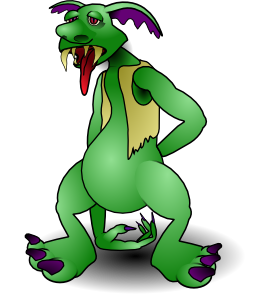 Trolls, gotta love them. My book came out the 7th of September of this year. On the 9th I got a one star rating attached to a rather mean review. I was confused for the book had just came out two days ago. Not wanting to start a war on my book page I left it alone. Every one told me it happens, it is no reflection on you, move on. My publisher felt that this was a person who was trying to help their friend out, who might be in the same genre, by lowering my book. She had seen this before I believe. I was wowed.

I can handle a one star review if you read the book but I truly did not think it was plausible they did. So I decided to dispute it. The comment complained about the pricing being to high however he/she placed the same review for my ebook and the one in print. I disputed first the ebook. I said this review does not match since they are complaining it is to high at 13.99 yet the book was listed at 5.99.

I then went to the print book to dispute that review. I mentioned how the book had only been out two days. Even if it was in print there was no way it would have been shipped out that fast for this person to have read and review. I did not think that was possible. Plus my publisher said no book had been sold via Amazon at that time. If they had purchased from her again they would not have gotten it that soon.

I placed both remarks to Amazon and moved on. I figured I did the best I could. This past Monday a friend texted me to say the reviews had been removed. I am not sure if my disputing the comments had any thing to do with it, I like to think so.

Writers alike this is a win for us. It is. I will not be able to get rid of every troll, it will happen, it is part of the game. But I am wearing this badge of honor for this time I got rid of one.

6 thoughts on “My Badge of Honor: Trolls”