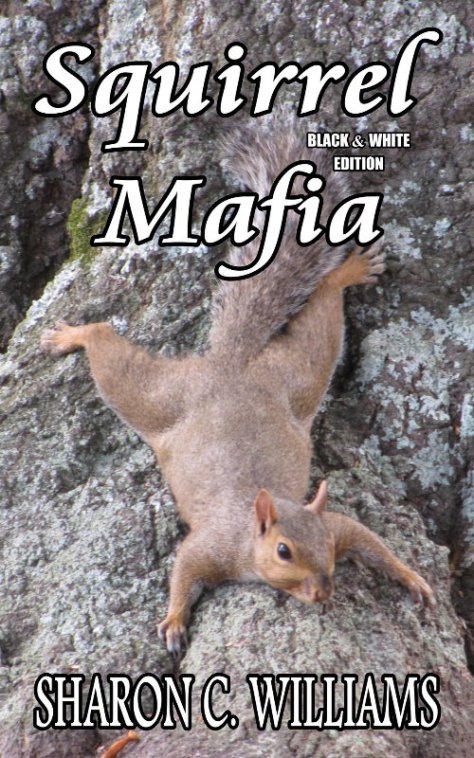 Sharing is not an option!

We tend to think of squirrels as cute furry creatures that scamper around playing while looking for nuts. Yet I’ve a different outlook on these rodents from Hades.

As an animal lover, one who’s owned by eight birds, I’ve had the opportunity to observe a group of squirrels around my home here in the suburbs for the past year. The experience I’ve gained gives a whole new meaning to the words ‘little darlings.’

I offer you a unique perspective of the furry friends entangled within our everyday lives. Their antics and shenanigans have earned them the name of the Squirrel Mafia. This book chronicles my ongoing battle with these pesky little critters.

(Purchase links are not yet available.)

Squirrels are furry and adorable animals that come from Hell. They give us the illusion they’re cuddly, and full of sugar and spice and all that is nice. Well, if you want that kind of story you might want to put this one down.

Growing up in Northern Maine, I honestly don’t recall seeing squirrels around me. My life could have been preoccupied with things that mattered more, like being a kid and spending time with family. Granted, the weather in Maine is harsh during the winter months, which can last a good portion of the year.

Wildlife, though, is plentiful in this region with moose, bear, and deer. Between the different hunting seasons, one would think people would notice squirrels running around. As numerous and hardy as they are, one would logically think that even a region as cold as Maine would be full of them.

Perhaps they didn’t bother me back then. I still would have been under the misconception that they were cute. Perhaps my memory is just lapsing, or I’m just in denial. Yeah, that’s it, denial!

Lesson learned—squirrels can make you forget. 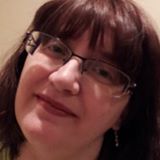 Sharon is a native of New England, raised in Northern Maine. She lives in North Carolina with her husband and son. She is also owned by a flock of eight birds.

Sharon has a B.S. degree in Chemistry, but is currently disabled, so writing keeps her busy. She tends to lose all track of time. The world could be coming to an end, and she would be oblivious to it. When writing, she envisions the scenes in her head, and tries to imagine the reality of what is written down on paper. Different options, scenes, and problems are noted on the side in case she can use them later.

Sharon tends to write by long hand as the flow works better for her this way. Her bookshelf consists of works written by Stephen King, Agatha Christie, Bentley Little, and James Patterson. The best advice she has ever received about writing was to write about what you know. Her first thought was, “Yeah right,” but it really is that easy. A writer just needs to know a little tidbit to turn it into a short story, and soon enough, there’s a book.

Sharon loves to read, sketch, take pictures, walk, exercise, go to the movies, and listen to music. She is a budding bird watcher, and knits on the side. She is a huge sports fan of baseball, basketball, hockey, and football.