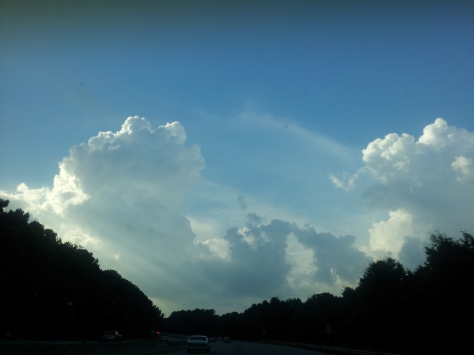 Memories. Sometimes they pop up with no fanfare. They come to the front of your mind when it is triggered. My Pepere Gervais, french for grandfather, passed away many years ago. I have great memories of him. His ability to beat anyone in checkers. I mean anyone. It became a game of will as grandchild after grandchild tried to win to no avail. Another memory is of my pepere, mom and I crossing over the border into Canada to watch live professional wrestling. We were all fans and to this day my mom and I carry on watching.

But this past weekend a new memory popped up thanks to my son. His favorite deodorant at the moment is Old Spice, he has worn it for a while now. My grandfather wore Old Spice. As a child I would love to go visit him and go into his room and smell the scent for I loved the smell and I loved my grandfather. It was always great to spend time with him.

So yesterday as I was getting ready to leave the house my son walked by and this memory of me visiting my grandfather popped up. It made me smile. My son gave me some money to pick him up another stick if I stopped by anywheres on the way home. Telling my husband in the truck, he said I have some new deodorant in the closet he can help himself.

And while I told my son afterwards about this, I still got him a new stick. For I love the scent and thanks to him he reminded me of my grandfather. I hope he wears Old Spice for very long time. Even though they never met, they are now connected. 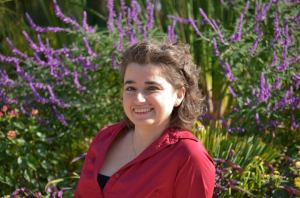 Sharon invited me over to talk about why history makes the best stories. But you know, the magic of history goes even further than that. History doesn’t just provide us with the best plots, it gives us some of the best settings you can imagine.

I love the old Chinese curse, “May you live in interesting times.” We tend to think that the years in which we live are either the most mundane, everyday kind of times or that they must be the most interesting, action-packed years since the beginning of recorded history. Neither are true, really. There have been some periods of history that have been smooth and uneventful and there have been some that were veritably bursting at the seams with excitement.

The history of the United States has been pretty much non-stop action, for example. That’s probably because we’re actually the new guys in the world. We’ve only been around for a couple hundred years. In those couple hundred years there have been wars, genocide, exploration, invention, and romance. I happen to be a big fan of the story of the American West. I’ve even started writing about it in my Montana Romance series. Few movements in history are more fascinating to me than the expansion of America westward. What kind of people got it in their heads that they needed to venture out into the wilderness? What would prompt someone to leave everything they knew behind to make a life taming that wilderness? What did the indigenous people who had lived on that land for generations think when pale foreigners started claiming their homeland as some sort of prize? How did the early pioneers make it through harsh winters and long droughts to build a thriving community?

It’s no wonder there is an entire genre of literature devoted to this time period. Westerns have been popular since they were contemporary fiction. Why? Because that period of history was just so dang interesting! It had everything that the very best novels need, from conflict to camaraderie and back again. The story of the West is one of epic voyages and the triumph of ingenuity. It’s also one of the bitter lows that mankind can sink to and the consequences of heartless governments.

Pretty awesome stuff, eh? There are worlds of stories just waiting to be discovered within the annals of history. I don’t think I’ll ever get tired of writing about it. And I’ll certainly never run out of ideas!

Merry Farmer is an award-winning novelist who lives in suburban Philadelphia with her two cats, Butterfly and Torpedo. She has been writing since she was ten years old and realized one day that she didn’t have to wait for the teacher to assign a creative writing project to write something. It was the best day of her life. She then went on to earn not one but two degrees in History so that she would always having something to write about. Today she is a giant History nerd and a hopeless romantic waiting for her own love story to start. Her first book, The Loyal Heart, is a swashbuckling Medieval Historical Romance involving a love triangle that will keep you guessing. Both The Loyal Heart and its sequels, The Faithful Heart and The Courageous Heart, are available wherever eBooks are sold. She has also begun a new Western Historical Romance series set in Montana in 1895. The first of that series, Our Little Secrets, is now available. The second, Fool for Love, will be released in early 2013. Merry is also passionate about blogging, knitting, and cricket and is working towards becoming an internationally certified cricket scorer.

Merry can be found here: http://merryfarmer.net/