Due to a recent surgery it is hard for me to sit up for long periods of time. So today I will be sharing some of my little therapy warriors with you all instead of a long post.

This is my sole finch Cosmos. Finches live anywhere between the ages of 5-8 years old or at least that is what I have been told. But when he lost his mate last year I was sure he would be gone within a few months if I did not replace her. Yet he is still among us and living at the ripe old age of 13. 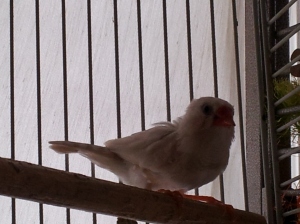 These are my keets, Cory and Snowball. I rescued them in May of 2011 when they were a year old.

These are my tiels who have been my true therapy warriors over the years.

Twopiece is my first bird ever and he adopted me in 1998. I am not sure how old he was when I got him but he has been with us for close to 15 years old. He is my buddy.

This is BJ and my sweetie pie. We got him when he was four months old in April of 1999.

This is Angel, my feisty little man. He was also adopted when he was four months old a year after BJ came home. 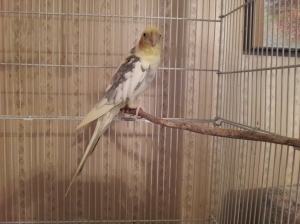 Nye is the son of Twopiece and Maxie. She came home with Twopiece in 1998 but we lost her a few years back. Nye is the perfect combination of his parents. He looks like his dad but has the girth of his mama. 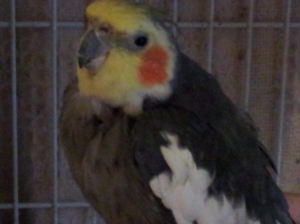 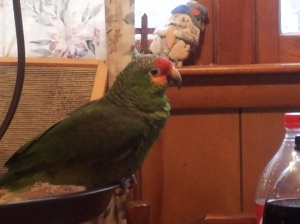 2 thoughts on “My Therapy Warriors”