Aspects- The writer should make the hero with character vulnerability and we should feel empathy/sympathy for them.  We need to connect on an emotional level so when the villain shows up we feel for the hero.  This draws interest to the protagonist.

By giving the protagonist danger and situations it helps us relate to them. Give them barriers, detours, step backs- just don’t make it easy for them.  The story does not have to have a happy resolution but it needs to be solved.

Do the following exercise for the villain you have in your story.

1-Create a character who is an Antagonist, and explain why he or she fulfills that function.

2-Create a character who is an Influence Character, and explain why he or she fulfills that function.

3-Create a character and describe how you would make him or her the Second Most Central Character.

4-Create a character who is a Bad Guy and describe why.

5-Create a classic Villain type, and describe ow he or she is possesses of all four essential qualities of a Villain.

6-Turn this Villain character you have created into a non-villainous person, while maintaining his dramatic function as a Villain.

How to Create a Credible Villain in Fiction

Make your villain three-dimensional. Give the villain a back story or tell a part of the storm from his POV. You want the readers to get a clear picture of the villain and his evil nature.
Consider his motive. Fiction readers are not going to believe a villain who has no clear motive for his actions.  His motive can be something from his past or a conflict that arose between him and the hero.
Write the villain around his possible psychological profile. For example, if you want to make him a sociopath, give him characteristics that fit in with this depiction.

By doing this, your villain should be able to help your hero move the story along.

A friend of mine, Ami, asked me to guest blog at her website. When my two short stories got published recently I did a big proclamation in email to a few people. She thought it would be a great idea to share my reason behind letting some of my writings be free to the public. Well I finally wrote something down for her and it is up and running on her blog.

I would like to thank Ami for asking me to do this. Maybe someone will read it and feel “Hey, that makes sense.”

MuseInks welcomes Sharon C. Williams (@NewEngland_Muse)! Sharon is a sports fan, chemistry buff, novice crocheter, and animal-lover. [Just ask her about her birds!] She blogs at The Musings of a New Englander.

Sharon & I exchanged a series of emails about her decision to publish some of her stuff for free — a decision I supported, but which many writers frown upon. I asked if she’d share her reasons for “giving it away.” She very graciously agreed. Thanks, Sharon!

I have been seriously writing since the Fall of 2009. It had not occurred to me to write as a  career. After all, that was for people who were serious, who had talent and skill. That was surely not me.  What did I know about writing?   Then a friend told me that my husband had told her he felt I wrote rather well (a fact he had not shared with me). This thought rattled in my brain for a while. A few months later a story started forming in my mind. I kept telling myself I was going to put down, but just never did — until the Fall of 2009 when I had two surgeries, unrelated to each other, within 3 weeks of each other.

Since I had some newfound time on my hands, I started to write.  Once I started, it seemed the words would not stop flowing.  The more I wrote, the more confidence I felt in what I was putting down on paper. Joining a writer’s group in town motivated me to write more on the things I came across.  I varied from children’s book, memoirs, personal essay, mystery and drama. I did not define myself to just one set box.  What happened soon was notebooks filled with short stories that ranged as wide as a rainbow with its colors.

Then came my subscription to Writer’s Digest. That magazine changed my life, for in one of its articles was an author who talked about social media and how to use it to further one’s writings.  She  left her Twitter name and that was my road to an amazing new world. A world where authors, editors, publishers, printing houses met, chat, supported and helped each other in the facets of writing.  I was blown over.

I was not an unknown writer to them. I was someone who reminded them of where they once were (or where they were right now).  It compelled me to write more than ever. But with writing comes editing something that I am not good at.

The great part of social media is the people you meet. If they don’t know the answer, they know someone who just might. At that point I had written 3 books which required editing of some nature. I had written the second part of my children’s book as well as a collection of short stories.  This was all well and good, but not when they needed some editing.

During the early part of last year, I contacted a publisher to ask about his pricing for editorial services. Even when I knew I could not afford it, we stayed in touch.  A few months ago, he approached me requesting the use of some of my work. He was putting together an ebook of short stories. He would pay for the art cover, the editing and all of that. The book would be offered for free to download as a promotional gig, so there would be no money made on this for him or for me. I would maintain the copyrights to my stories; he would just get to use them this one time. In return for my involvement, the book would include my bio, mentions of my WIPs (works in progress), and ways to contact me.

I was ecstatic, to say the least, until a person told me that if I was not getting paid then it was not worth my participation.  I was miffed at first, for I could not understand how anyone could view this as anything but good. I tended to think a different way:

l have 4 short stories in print. To say I am giddy is truly an understatement.  This all happened the week of Thanksgiving and still, when I think about it, I just smile from ear to ear.  I refuse to let the naysayer bring me down. I am proud of myself. It just shows that even if you are unknown it does not mean your work won’t find an audience. It is all how you view it.

Eooks are opening a whole new venue for artists across the board  Making our mark is not easy when we are new and exposure, exposure, and exposure is what is needed. So I say poo poo at that person who thinks it is not worth it for me to allow my stories to be put into print. I refuse to let the negativity of that remark stop me. I have to start somewhere. I view this opportunity from the publisher as my first step.

At least now, when I do my query letters, I can now say I am published here and there.  Furthermore, there will be a few publishers who will be able to see my stories learn about my next project. Maybe they will see something they are interested in or maybe they will know someone that might be interested in my works.

What do you think? Should a writer EVER allow his or her work to be published without payment? How valuable is exposure? What has your experience been? Chime in below and let me know 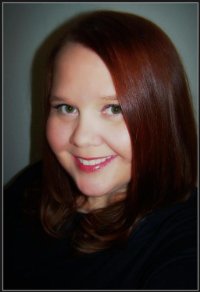 A wonderful woman who I call my friend, Shannon, just released her first book out in print and ebook form. Being rather proud of her I wanted to help her spread the word about her book “ Solitary Skies”. I was honored when she asked me to read her MS and to tell her my views on it. I loved it and honestly can not wait for the sequel.

Here is her link