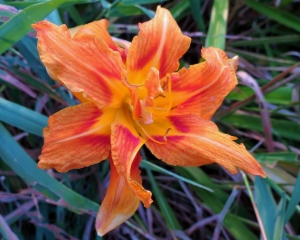 I came across this post from Mr. Gaiman and like he wrote I wanted to pass it on to my readers.

Important. And pass it on…

John M. Ford was pretty much the smartest writer I knew. Mostly. He did one thing that was less than smart, though: he knew he wasn’t in the best of health, but he still didn’t leave a proper will, and so didn’t, in death, dispose of his literary estate in the way that he intended to while he was alive, which has caused grief and concern to the people who were closest to him.

He’s not the first writer I know who didn’t think to take care of his or her posthumous intellectual property. For example, I knew a writer — a great writer — separated from and estranged from his wife during the last five years of his life. He died without making a will, and his partner, who understood and respected his writing, was shut out, while his wife got the intellectual property, and has not, I think, treated it as it should have been treated. These things happen, and they happen too often.

There are writers who blithely explain to the world that they didn’t make a will because they don’t mind who gets their jeans and old guitar when they die but who would have conniptions if they realised how much aggravation their books or articles or poems or songs would cause their loved ones (or editors, anthologists or fans) after their death…

Writers put off making wills (well, human beings put off making wills, and most writers are probably human beings). Some of us think it’s self-aggrandising or foolish to pretend that anyone would be interested in their books or creations after they’re dead. Others secretly believe we’re going to live forever and that making a will would mean letting Death in a crack.

Others make wills, but don’t think to take into account what happens to our literary estate as a separate thing from the disposition of our second-best beds, which means unqualified or uninterested relatives can find themselves in control of everything the author’s written. Some of us are just cheap.

All this bothered me, and still bothers me.

Shortly after Mike Ford’s death, I spoke to Les Klinger about it. Les is a lawyer, and a very good one, and also an author. I met him through Michael Dirda, and the Baker Street Irregulars (here’s Les’s Sherlockian webpage).

Les immediately saw my point, understood my crusade and went off and made a document for authors. Especially the lazy sort of authors, or just the ones who haven’t quite got around to seeing a lawyer, or who figure that one day it’ll all sort itself out, or even the ones to whom it has never occurred that they need to think about this stuff.

It’s a PDF file, which you can, and should, if you’re a creative person, download here:

As Les says, your options are:

1) Recopy the document ENTIRELY by hand, date it, and sign it at the end. No witnesses required.

2) Type the document, date it, sign it IN FRONT OF at least two witnesses, who are not family or named in the Will, and have each witness sign IN FRONT OF YOU and the other witnesses. Better yet, go to a lawyer with this form and discuss your choices!

So the second option is by far the wisest.

Pass it on. Spread it around. And then, if you’re an author, or even a weekend author with just a few short stories published, or one thin book you don’t think anyone read or would want to republish, fill it out. Sign it and date it in front of witnesses. Put it somewhere safe. And rest easily in the knowledge that you may have made some anthologist, or some loved one, in the future, a bit happier and made their lives a little easier.

(Or better still, print it out and take it to your own lawyer/ solicitor or equivalent legal person when you get a formal will drawn up. As Les says, take it to a lawyer and discuss your choices.)

Feel very free to repost it on your own webpages, or to link to it above, or link to this blog entry — it’s http://www.neilgaiman.com/journal/2006/10/important-and-pass-it-on.html — which contains all this information.

(And the same goes for you artists, photographers and songwriters, although a few words may have to be changed or added.)

3 thoughts on “From Neil Gaiman”